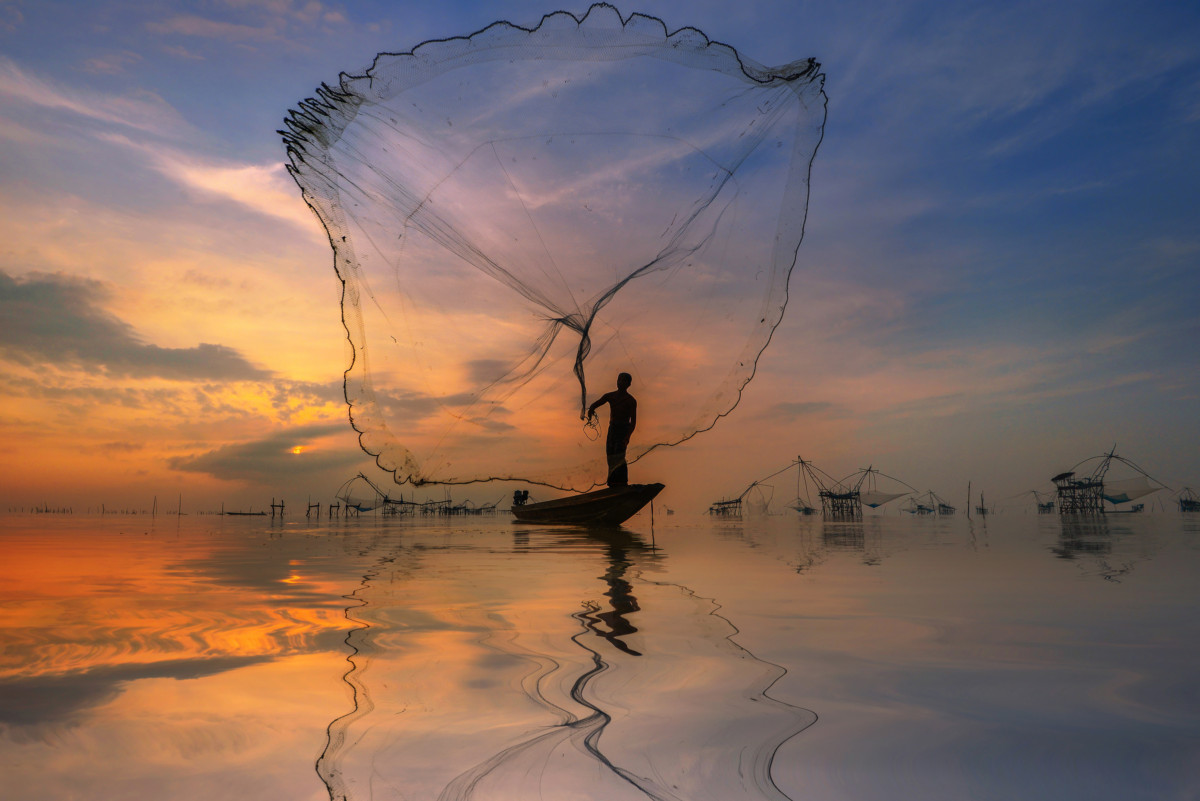 Can anyone disagree with this statement?

One man might argue that all men deserve fish simply because it’s their right as a human being to eat fish.

Another might oppose that and say, “If they can’t get their own fish then what does it profit them, they will die tomorrow anyway.”

And still someone else might graciously say, “why don’t we feed them fish while teaching them to fish.”

The truth is that all of these can be argued for being correct yet still completely miss the point.

The point is that to truly care for someone is to provide them with the opportunity to be self-reliant in an environment that allows for mistakes and successes.

Take the man who is starving. He only wants a fish. His motivation is to eat right now.

Once his belly is full however his motivation instantly changes. Depending on how he got that fish might influence how he plans on getting the next fish.

Each one of these scenarios changes the potential outcome for the man who is hungry and potentially changes the motivation for getting future fish. Ultimately, if the man doesn’t believe that he can get his own fish then he will never try. Hope is what causes someone to go outside of themselves and try new things.

No one can say that the first man who stole the fish wouldn’t come back and apologize for stealing the fish and ask if he can have help to catch his own and repay the stolen fish.

But that’s the rub isn’t it!

If we assume that we know what people’s future actions are going to be because of their past actions then we do them and ourselves a disservice. On the other hand it is safer to believe that if someone did it once that they are likely to do it again. The balance is in understanding that even though our hard work got the fish, the fish was still a gift to us as well.

The reality is that only in an environment where there is no punishment for wrong done can someone truly have the opportunity to make it right.

Similarly, only in an environment where the teacher truly cares for the outcome of the person they are mentoring can that person really believe that they can do it on their own.

What is the point of abundance?

Is it to simply be healthy, wealthy and wise?

No, of course not. Those are bi-products of abundance, but the purpose is to grow and discover. The point of gaining wealth, knowledge, culture, relationships and reputation is to use it to benefit ourselves and others.

Similar to “…love your neighbor as your self…”

What does it profit a man to gain the whole world yet lose his own soul? Or what would a man give in exchange for his soul? -Matt 16:26ish (you can look it up if you want to be accurate, but it’s right around there)

At every station in life people need help. Even the wealthiest people in the world need help. Not with finances obviously but there is a lot more to life than money. However, to hate money and deny that we need it and more importantly (want it) is equally as foolish.

If we feel that we will not have enough fish to feed ourselves and our family then our actions will be more self focused. If we believe that we will catch our share of fish and still have the ability to help this man catch fish then we will not be as self focused. The difference is in our own self valuation.

The passionate soul is one that sees their own greatness as a gift to lead others to greatness.

Michael Jordan would not start on any basketball team in the NBA today. Why? Because he has passed his prime and can no longer compete. Here is the greatest of all time but his greatness has passed. What did he do with it? Or what will he do with it?

In the moment it’s difficult to divide focus and be great while raising greatness, but during the down time or moments when it’s no longer necessary to be 100% focused in those moments we can bring others along.

Can you help someone learn how to fish while reeling in the catch of the day? Nope.

This is why it’s important to make sure you are taking care of yourself but not lose sight of why you are doing it.

You can’t give away what you don’t have, so go out there and be great then share that greatness with the world.

Dare to be great!