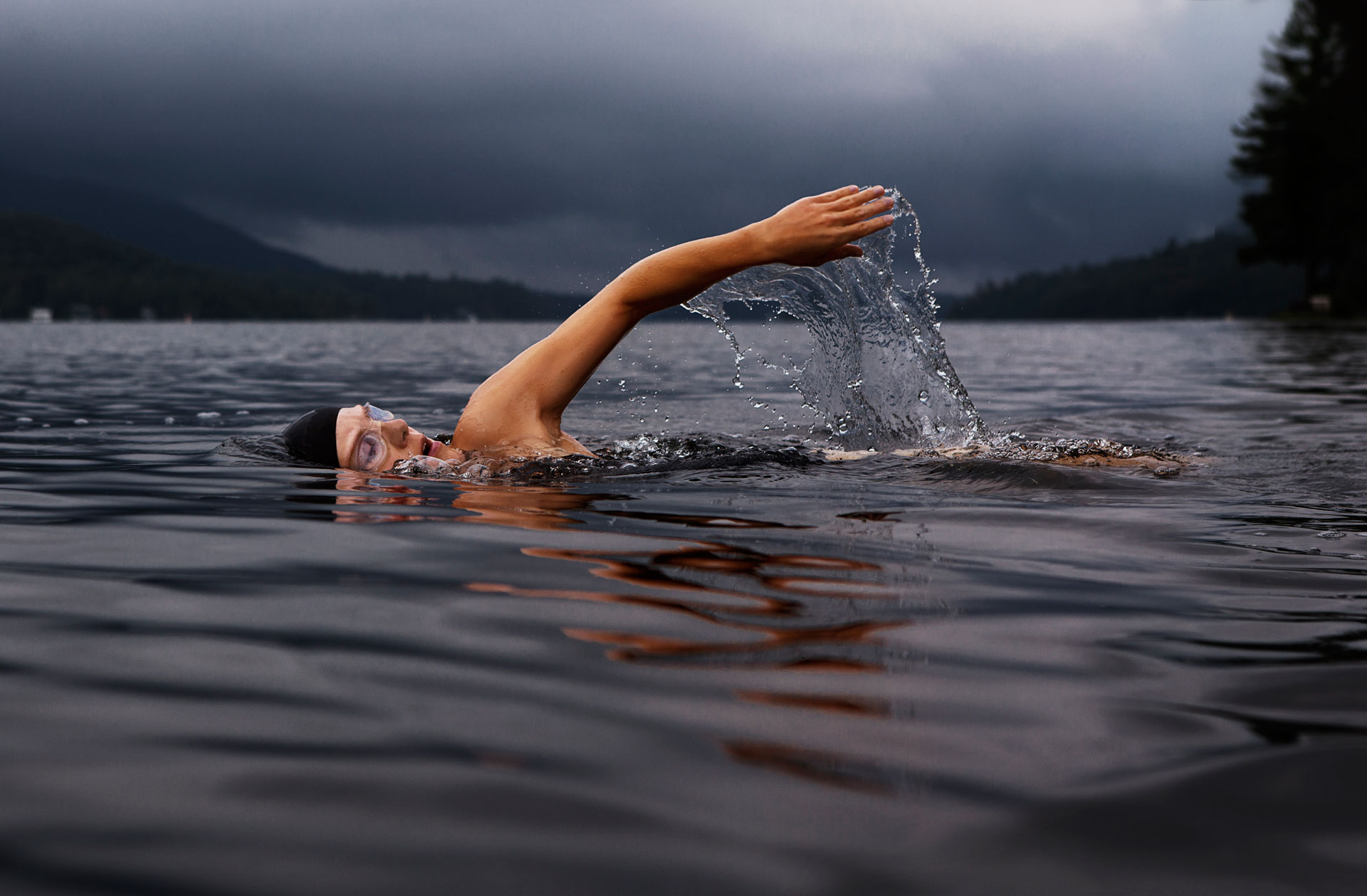 To say that someone is fearless is a bit misleading but stick with me for a moment and I’ll explain what I mean.

Fear is what happens to everyone when faced with a situation that is either unknown or known to be worth fearing. For example, if you have never surfed before it can be a bit scary for the first timer. At the same time if you have been skydiving a 99 times, there is good cause to have a little fear prior to your 100th jump.

What I want to talk about is the fear of the unknown.

In another post I talked about how fear can paralyze you or drive you forward, but in the case of the unknown it can do far worse. When you are encountering something for the first time, only your wisdom of what has come before can really get you the success that you’re after.

In the olympics there are many athletes who are competing for the first time. They have jumped, twisted, kicked, and ran their event so many times that I doubt they could even begin to count up the times and yet you can see on their faces the nerves.

For some their nerves never go away. Some of the greatest cliff divers talk about being nervous prior to jumping off a cliff 90 feet in the air but they do it any way and they do it with grace and precision.

Fear is a natural response to something dangerous either: physically, emotionally mentally or spiritually. It causes your fight or flight mechanism to kick in and your adrenaline to amp up.

There is however, one thing greater than fear….

Courage, is not the absence of fear. Nor is it a bravado machoism.

Courage is like flying in that those who have fear can overcome it by having courage..

Sir Isaac Newton said, “what goes up must come down.”  The laymen’s terms for the law of gravity. But there is something that supersedes gravity, and that is the law of lift. The law of lift is what allows airplanes to fly and not fall straight to the ground like an apple from a tree.

Most of us muster up courage on a regular basis. Whether it’s starting that new job or asking someone out on a date. It’s relatively common for us to have courage and overcome fear.

It’s when the stakes are high that courage becomes an amazing quality. We see this in our service men and women who put themselves in harms way to save lives. We see it in our hero’s and sometimes family members. Interestingly enough we don’t often see it in ourselves.

If you interview a war hero for example who saved many people’s lives they rarely will mention anything about their own greatness. Usually they downplay it like everyone else would have done the same thing. The truth is that this level of courage is uncommon but it’s the same thing.

Courage is not that you are unafraid, it’s the ability to supersede your fear with action.

Just like in The Law of Lift it’s the action of “moving forward” that supersedes the Law of Gravity. When we are afraid we are grounded. We are pulled towards the thing that we fear like waves toward the shore. It’s ACTION that causes courage.

So is courage fearlessness? NOPE.

Courage is the act of overcoming fear, not the elimination of it. So how could we possibly eliminate fear altogether?

I’ll start simply, are you afraid when you are sitting on your couch? If the answer is yes, then please go seek professional help right now. I’m serious. For most of us the answer is no.

Why not? I mean anything could happen, an airplane can crash into the house or the roof collapse or you could have a heart attack or… obviously these are silly but it’s true. If you are phobic about sitting on the couch these are real issues.

Are you afraid when you drive a car? For most of us the answer is no, but there are probably more of you that the answer is slightly, yes. For those of us who’s answers are no we are fearless when it comes to driving.

Understand that fearlessness is not recklessness or the lack of caution it’s just knowing what should and probably will happen. It’s a perspective that is earned through courage.

You have the ability and the right to remove fear from your life.

Like my opening, there are times when you will still have fear which is because what you’re doing might be dangerous. And in some cases it’s foolish to eliminate fear completely.

I ride a motorcycle, everyday, rain or shine. It’s my primary vehicle and it’s very dangerous. I make sure that I tell my kids that it’s dangerous. I make sure that I let them know that riding a motorcycle is worthy of caution. I ride with the understanding that if I don’t pay attention 100% of the time the consequences could be catastrophic. In this case I would say that I am not fearless but I operate from a place of courage.  “Healthy fear” is what I would call it.

There are many other times where it’s a good idea to eliminate fear all together.

Here’s what it takes:

I built this list in the order of things. My wife is a fearless child birther. She made it her goal to be fearless at child birthing.

The first step is to gain knowledge of what you’re about to encounter. Read, study, interview, test, and try.

Next as you practice what it is you’re about to do you will gain courage to do it better and better.

Fortitude is optional but I do believe that greatness comes through adversity so if that means you are missing a step here or there along the way that it is part of becoming fearless.

Once you have gained all this experience you will have the wisdom to understand if what you are doing deserves healthy fear and courage or if you can eliminate the fear altogether.

Fear is something that we don’t have to be afraid of.  😉

Whatever your heart finds to do, do it with all your might; knowing that that the testing of your faith produces courage and courage produces wisdom, and wisdom can remove all fear.